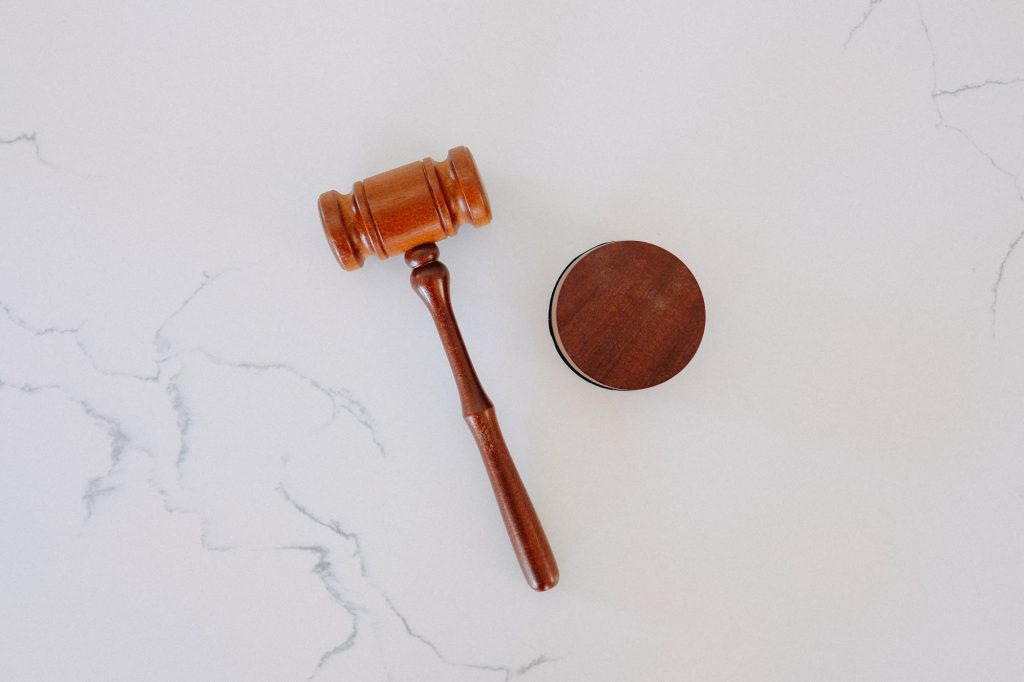 1.1 Existence of an employment relationship between the delivery drivers and the Company Deliveroo

The Social Chamber of the Superior Court of Justice (the “SCJ”) of Aragón dismisses the appeal filed by the Company Roofoods Spain, S.L. (the trade name of which is “Deliveroo”) against the judgment issued by the Social Court (the “SC”) num. 2 of Zaragoza, after being filed ex officio by the General Treasury of the Social Security (the “GTSS”), which claimed that the existence of an employment relationship between the delivery drivers and the Company should be declared.

The judgment upholds the decision of the SC and concludes that there was an employment relationship between the Company and the employees rather than a commercial one.

In order to reach such conclusion, the SCJ of Aragón uses the arguments set out in the recent judgment of the Supreme Court, Plenary, dated 25 September 2020 (Rec. 4746/19) which, in a similar case (Glovo delivery drivers) establishes the legal concept of “employee” and applies it to delivery drivers of digital platforms.

Applying this doctrine, the judges considered that the delivery drivers, through their work, did not participate in the organizational structure of the delivery activity, nor in the managerial part referring to the selection of catering companies and customers who would receive their products.

The judgment of the SCJ of Aragón appreciates the concurrence of the notes of the common labor employment relationship and confirms the decision of the SC, considering that the very nature of the service provided requires an organizational complexity that completely escapes from their area of decision. Likewise, the judgement emphasizes that Deliveroo paid such delivery drivers in a fixed amount per unit of time, since they did not personally promote or arrange any commercial relationship with providers or customers, but it was the Company who directly managed the service provided.

1.2. Declaration of unfair dismissal in spite of the prohibition of dismissal

The judgment analyzes the consequences of failing to comply with the prohibition of dismissal imposed by RDL 9/2020, discussing whether a dismissal in these circumstances should be declared null and void or unfair. The relevance is such that the appeal was analyzed by the Plenary of the Social Chamber (a circumstance reserved for matters of special interest and importance). The judgment contains a majority vote and several dissenting opinions.

The majority decision considers that, under the current labor legislation, and after analyzing both national and international case law, confirms that there is no obligation to declare the nullity of the dismissal due to lack of real cause. Thus, both the Statute of Workers (the “SW”) and the Law Regulating Social Jurisdiction (the “LRSJ”) foresee the nullity of the dismissal only when certain circumstances expressly listed on exhaustively in the SW are present. Following this argument, in cases in which the respective formal requirements are not met, in order to avoid the employee’s defenselessness, the dismissal will be automatically and mandatorily qualified as unfair, with the payment of the maximum legal indemnity, but not as a null and void.

Such pronouncement is in line with the constant case law of the Supreme Court, which considers that, when there is no legal cause for the termination of the employment contract (being, therefore, a dismissal without cause) and the actual cause is not among those typified as determining the nullity of the dismissal, the applicable qualification is unfair dismissal.

The majority vote examines the rules of general international and European law regulating this issue and considers that they reach the same conclusion as that set forth by the Supreme Court and the Constitutional Court. Thus, according to the opinion of the majority of judges of the Social Chamber of the SCJ of Catalonia, international, general and European law is unanimous as regards the causal nature of the dismissal. In view of this, consider that it is not possible to deduct that Spanish legislation contradicts international standards.

Following on its argumentation, the judgment resolves on what should be the legal qualification that the dismissal deserves while the prohibition of dismissal established by Article 2 of RDL 9/2020 is in force (that is, the prohibition of using objective causes linked to the COVID to dismiss, pretending to prevent the company from validly terminating a contract for objective causes related to that situation that could have motivated the suspension of the contract or the reduction of the working day through the internal flexibility mechanisms provided for in the exceptional regulations derived from Covid 19).

The majority vote considers that, if the exceptional legislator had wanted to attach to the breach of the prohibition the declaration of nullity of the dismissal, it would have to expressly refer this consequence (as is the case, for example, with the dismissal of pregnant women). The Court concludes that, if the exceptional rule does not provide for an express prohibition of dismissal, Article 6.3 of the Civil Code (the “CC”) is not applicable, an argument of the employee to request the nullity of the dismissal, which sanctions the nullity of acts contrary to the prohibitive rules. On the other hand, Article 6.4 of the CC is considered to be applicable, which states that acts carried out under the protection of the text of a rule that pursue a result prohibited by the legal system, or contrary to it, will be considered to have been carried out in fraud of law and will not avoid the due application of the rule that had been sought to be circumvented. Thus, and following the uniform and traditional case law of the Supreme Court in matters of individual dismissals in fraud of law, the consequence is not the nullity of the dismissal, but the unfairness of the dismissal.

However, the conclusion is not unanimous, but contains three dissenting opinions, which consider different divergences with the majority conclusion. Specifically:

1.3. Null and void dismissal due to discrimination for appearance of disability

The judgment under appeal declared that the dismissal of an employee on the same day that he was run over by a vehicle while performing his work was unjustified. The employer, after visiting him in the hospital where he was hospitalized, discharged him from Social Security.

The plaintiff appealed on the grounds that the dismissal should be considered null and void.

The employee bases his claim for nullity on the undetermined duration of the healing process and the torpid evolution of the after-effects of the work accident, and, therefore, the existence of a situation of lasting disability, which leads to consider that the dismissal was discriminatory on the grounds of disability.

The rules and case law determine that persons with disabilities are those who have long-term physical, mental, intellectual or sensory impairments which, when interacting with various barriers, may prevent their full and effective participation in society, on equal terms with others, without the fact that a employee is in a situation of temporary disability, of uncertain duration, meaning, by itself, that the limitation of his capacity can be qualified as lasting for the purposes of assessing the existence of disability.

Likewise, in order to assess the existence of such discrimination, the situation existing on the date of the allegedly discriminatory act (in this case, the day of the dismissal) must be taken into account.

Therefore, the SCJ of Galicia declared the nullity of the dismissal.

1.4. Change of doctrine: fraud of law in the matter of contracts for specific Works or services

The judgment, issued by the Plenary, analyzes whether a temporary contract for work and services, linked to a subcontractor, justifies, without further explanation, this type of contract. It should be noted that, for this type of contract, it is necessary that (i) the work or service that constitutes the object must have its own autonomy and substance within the labor activity of the company; (ii) its execution, although limited in time, must in principle be of uncertain duration; (iii) the content of the contract must detail precisely and clearly the work or service that constitutes the object; and, (iv) the employee must normally be employed in the execution of the work or in the performance thereof and not in different tasks.

In this sense, the Supreme Court concludes that, when the company that uses this type of contract has as its main activity the rendering of services for third parties, the referred cause cannot be used to justify this particular contract as it is completely denaturalized. Thus, if the ordinary activity of the company is of such characteristics, the note of autonomy that characterizes these temporary contracts will be missing, being illogical, in the opinion of the Supreme Court, that the cause of its activity has the exceptional nature that the work or service contract seeks to cover.

2.1 Since 14 April 2021, companies are obliged to keep a salary register of their entire workforce

Since 14 April 2021, all companies are required to keep a Salary Register (the “SR”) of their entire workforce, including management personnel and senior executives, as a result of the entry into force of Royal Decree 902/2020, of October 13, on equal pay for men and women.

The purpose of this SR is to promote wage transparency in companies in order to guarantee equal pay for men and women in jobs of equal value. The aim is to combat the so-called gender pay gap.

The SR must include the average values of salaries, salary supplements and non-salary payments of the workforce broken down by sex, and must also include the arithmetic mean and median by professional group, level, position or any other applicable classification system.

As a consequence of the information derived from the SR and/or failure to comply with this obligation, possible administrative and judicial actions are established, including the application of sanctions for the existence of discrimination in the company or for not having the SR available.

Finally, it is important to bear in mind that in companies with legal representation of the employees (the “LRE”), access to the SR will be facilitated by the employees, who will have the right to know the full content of the same.

However, if there is no LRE, the information to be provided by the company must be limited to the percentage differences in the average remuneration of men and women.

2.2. UGT wants to legally penalize companies that do not comply with the wage increases agreed in the Collective Bargaining Agreement (the “CBA”)

UGT will debate in its 43rd Confederal Congress, as explained in the presentation conference by the Secretary of Organization of the union, a series of proposals to improve the quality of employment and the working conditions of the employees, among which are the following:

In short, UGT intends to undertake a reform of the unemployment protection system to increase benefits and their duration, a “comprehensive” tax reform that rebalances the weight of the different tax figures and the equalization of the rights of employees in multiservice companies with those of the companies where they actually work.

UNDER NO CIRCUMSTANCES SHALL ROSCLAR BE LIABLE FOR ANY DAMAGES TO YOU, INCLUDING ANY INCIDENTAL, SPECIAL OR CONSEQUENTIAL DAMAGES THAT MAY RESULT FROM THE USE OF THE INFORMATION CONTAINED IN THIS DOCUMENT, EVEN IF ADVISED OF THE POSSIBILITY OF SUCH DAMAGES.

PrevPreviousEverything you need to know about
workers’ holidays in Spain
NextPayroll Reporting. The Key To Good PerformanceNext 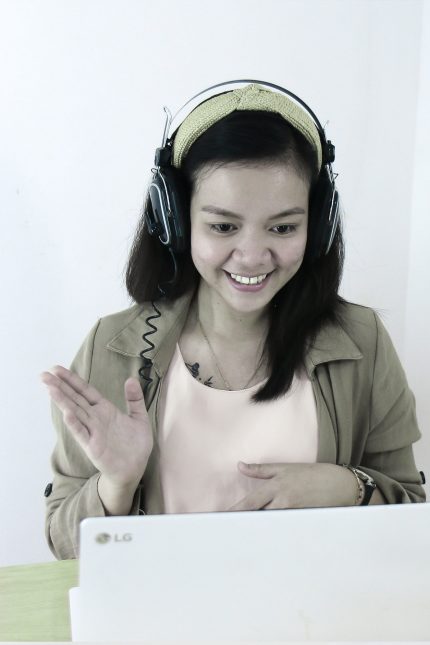